A drawing is more than a reminder of life – it should acquire a life of its own.

For more than forty years, 2 Men Drawing have been capturing events, buildings, animals and scenes from everyday life in two contrasting styles – one carefully worked, full of fascinating detail and always complete – the other quickly sketched with flowing lines like exuberant tangles of yarn and often incomplete.

Working in the life-sketching tradition of European masters such as Toulouse Lautrec and Feliks Topolski using charcoal pen and pencil, 2 Men Drawing capture the shifting moods of life in their city: faces, figures, buildings, the light of forgotten afternoons. 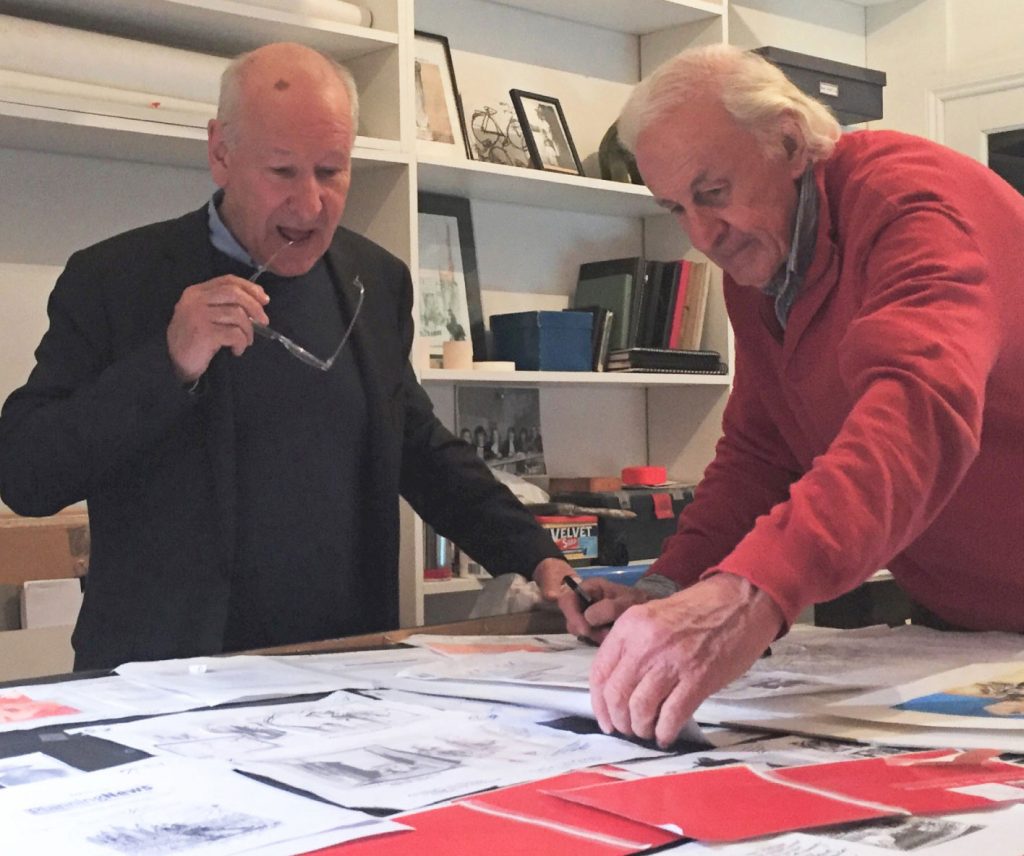 Peter Mills
Completing an architecture degree in the late sixties. He spent time with BSM and IM Pei & Partners, working on Collin’s Place and the now Sofitel Hotel, before opening his own practice and later joining business partner Craig Gorman. An early compulsion to sketch was developed in the mid seventies after Peter met ad man Bruce Harvey over lunch.